Garrett Michael Matthias sadly passed away on July 6, 2018. But before the five-year-old boy from Iowa was gone, his parents let their son prepare his obituary and plan his funeral service.

This unique story began back in September of 2017 when Garrett was first diagnosed with a rare pediatric cancer that attacked his bone, cranial nerve and inner ear. During the family’s time in the hospital, they met several other children battling with pediatric cancer. Unfortunately, many of these children passed away as well. This is when Garrett’s mother, Emile, said that Garrett started to ask questions.

According to Garrett’s mom, he would ask “Why are funeral so sad? I’m going to have bouncy castles at mine.”

It was at that point that Emile and her husband started to write down his comments and all of the quirky things he would say. This included things like turning into a star or becoming a gorilla. 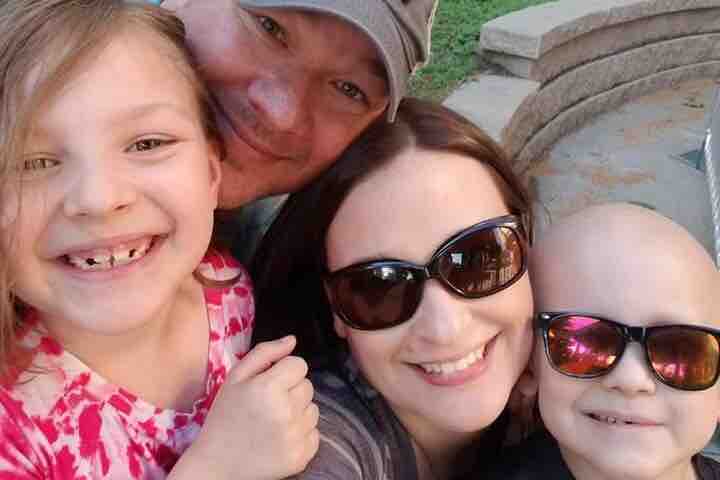 In the final 9 months of his life, Garrett underwent aggressive radiation and chemotherapy. Even throughout these “9 months of hell” his mother told reporters that he never lost his sense of humor.

Garrett was a prankster and loved to make people laugh. According to his family, he was always having fun with the hospital staff. “From whoopee cushions and sneaking clothespins on their clothes to ‘hazing’ the interns and new staff doctors, he was forever a prankster,” his family said.

Garrett’s condition took a turn for the worse in mid-June. Doctors informed his parents that the cancer had spread throughout his body and their son was now terminal. Although the news was difficult to hear, Garrett’s parents knew that they wanted to give their son more than just your average funeral. Their solution was to start asking Garret questions about his funeral and what he wanted it to look like.

According to Garrett’s mom, “We really tried to use his words and the way that he talked. Garrett was a very unique individual. What I really didn’t want was for his obituary to be ordinary and to have a really sad funeral. We’ve cried oceans of tears for the last nine months.”

The result of these questions shaped Garrett’s obituary and the plan for his funeral service as well.

Garrett’s obituary expressed his love for superheroes like Batman and Thor, thrash metal, his blue bunny and playing with his sister. He also said that he hated needles, pants, and the illness.

“I am going to be a gorilla and throw poo at Daddy!” Garrett said, adding that for his burial he wanted to be burned (like Thor) and made into a tree so he can live in it when he is a gorilla.

To conclude his obituary, Garrett ended it with possibly the best line of all. 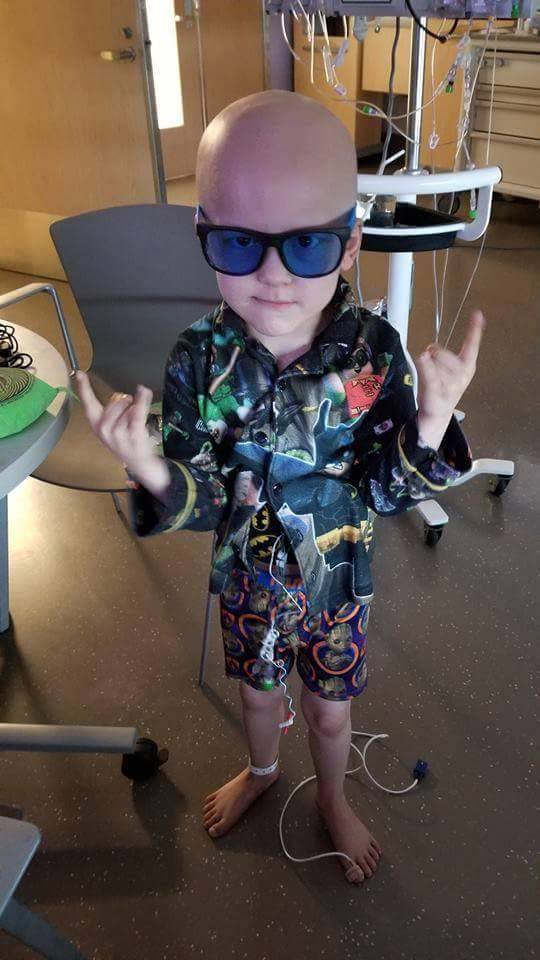 For Garrett’s funeral, his family planned to give him everything he asked for. This included five bouncy castles (one for each year of his life), fireworks and snow cones. They even had special guests attend the event appearing in costumes dressed as Garrett’s favorite superheroes.

To see some of the photos from Garrett’s celebration of life, click here.

Even the Thor burial detail was included in his celebration of life. According to the Des Moines Register, a neighbour of the family offered the use of his pond so they could float a small boat and hire a local archer to shoot a flaming arrow into it for an Asgardian-themed pyre.

A GoFundMe campaign has been set up to help support Garrett’s family. If you would like to donate, please click here.

Garrett’s family’s commitment to honoring their son’s wishes is truly amazing, to say the least. Today more and more families are looking for unique ways to personalize a funeral service. Rather than planning your typical funeral that is filled with sadness and grief, Garrett’s family chose to celebrate the things about life their son enjoyed. As his mother said, the final months of Garret’s life were filled with more than enough tears. The choice to celebrate his life meant planning a service that people would enjoy and allow his family to say a truly meaningful goodbye.

If you would like to learn more about planning a celebration of life or get some funeral planning tips, make sure to check out some of our past blog posts.

Have you ever been to a celebration of life service? Tell us what made it memorable in the comment section below.

Cremation Services: What To Do With A Loved One’s Ashes
What To Expect When You Arrange A Funeral